Our Playmakers National Theatre Connections youth theatre group are currently in rehearsals for their show Superglue by Tim Crouch.

Superglue tells the story of a group of climate activists gathering at a woodland burial ground to say goodbye to a friend who died during a protest. The show is part of the National Theatre Connections Festival 2022, a nationwide youth theatre festival where the National Theatre commissions ten new plays for young people across the UK to perform.

Throughout rehearsals, our Playmakers participants have had opportunities to feedback and discuss the process, how they feel about the performance, as well as incorporating some of their own ideas into the show. This has given them creative freedom during the rehearsal period. Molly, one of the young actors rehearsing Superglue, said: “I’ve enjoyed being able to work on a piece where the characters are not suited to you, but it's someone who you can develop and turn into someone you enjoy playing”. 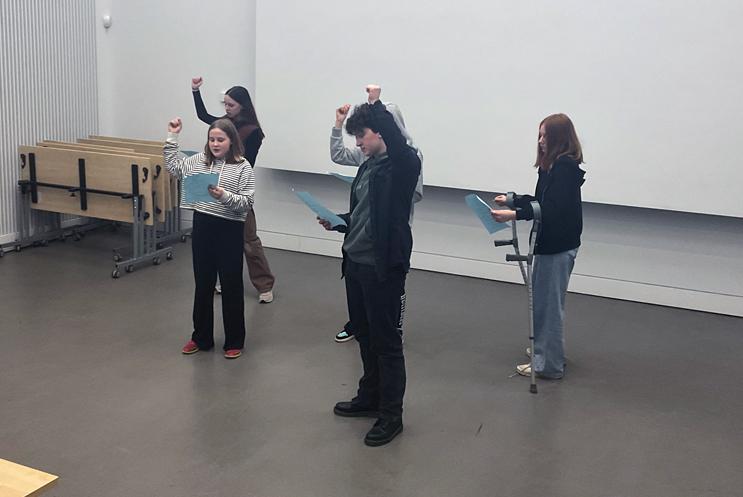 When asked why people should come and see Superglue, Molly continued, “I feel like it’s very relevant and its obviously talking about climate change which is an ongoing issue”.  Superglue actor James said, “it’s quite important to do a show about spreading awareness and the environment, and kind of a glimpse into the future where nothing been done”. 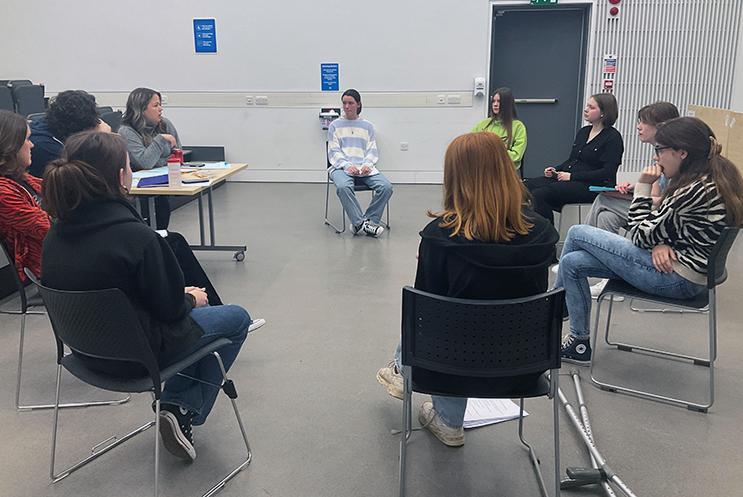 Superglue will be performed as part of our Playmakers Youth Takeover at Theatre Royal Winchester, Thu 31 March – Fri 1 April. Throughout the building you can expect new music, new theatre, new writing and other new creative works created by young people.

Playmakers Youth Theatre offers weekly sessions to school years 4-11 and those aged 16-25. With all sessions led by local industry professionals, we offer a number of unique groups to choose from, enabling us to delight, unite and excite young people in exploring their creative side. Find out more about Playmakers Youth Theatre.

“I’ve gained a lot of experience and enjoyment from doing Playmakers Youth Theatre, it’s been really fun, and I’ve made a lot of new friends”