Playmakers Youth Theatre have been continuing over Zoom during the pandemic.

Our Theatre groups have been working on two original scripted pieces of work – The Zoom Diaries and Telling Tales. Casting for these is underway.

For our Musical Theatre groups, Group Leader Jacquelyn Ockwell says "This last term has been a huge amount of fun as the confines of Zoom have also opened us up to having the biggest props cupboard any director could wish for and the group have explored their rooms, chairs and doors and incorporated all manner of household objects and occasionally their pets with huge imagination and usually hilarious results."

Both Jacquelyn and fellow Group Leader Miles Russell have said they have seen the group’s confidence grow and the young people have really bonded.

"The overarching topic is ‘Lost and Found’. We have set out to take the group away from anything related to the pandemic and encourage a positive outlook - simply put we want them to escape and have fun."

From speaking to the young people, Jacquelyn and Miles have said it is clear how much Playmakers Youth Theatre means to them. The image below is a response to being asked how the Youth Theatre makes them feel… 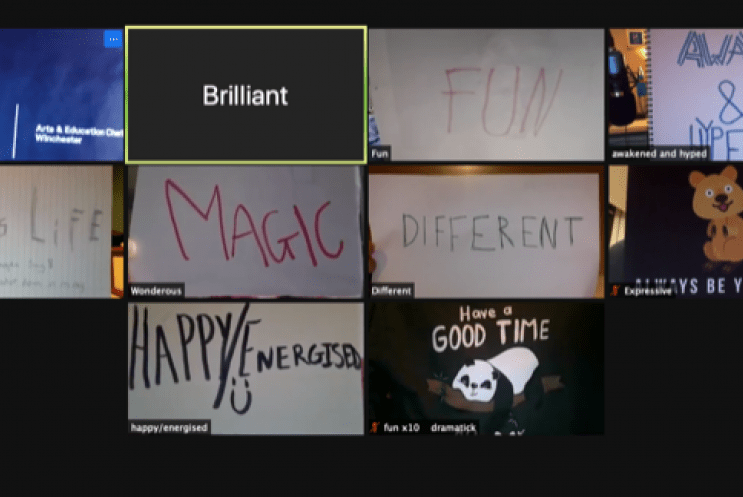